The Cornell Grounds Department has introduced an electric push mower as part of the fleet of equipment for serving campus in order to reduce the carbon footprint of campus landscape work.

According to Dan Schied, Director of Grounds, employees have been more than satisfied with these tools because they are quieter, allowing for time flexibility during the day, and safer since workers are not inhaling noxious fumes. “I couldn’t buy them fast enough,” Schied said in regard to employees’ happiness with the new electric tools.

Often when we think of gasoline, we think of cars, buses, and motorcycles. But did you know that over 17 million gallons of gas are spilled every year as a result of refueling lawn mowers and garden equipment, according to the EPA? That’s 6 million more gallons than the Exxon Valdez spill in the Gulf of Alaska! If you have a conventional gas-powered lawn mower at home, chances are it is releasing 88 pounds of carbon dioxide and 34 pounds of other pollutants into the atmosphere every year – and that’s just during the warmer months.

Electric mowers are not the only focus for landscaping sustainability. Several electric power tools have been introduced to the team including chainsaws, leaf blowers, and weed whackers. While the mower has been hugely successful so far, purchasing more mowers, specifically bigger ride-on’s, is on hold until formal cost-benefit analyses and evaluations can be done. “We are in year two of a three-year trial,” Schied said.

Learn more about our sustainable Land & Water initiatives on campus.

Did you know that New York State has incentive and rebate programs to help you install cleaner, greener heating sys… https://t.co/PNxJWhnkOn

Check out these Big Red Sustainability 👏 heroes👏 - the winners of this year's Cornell University P... 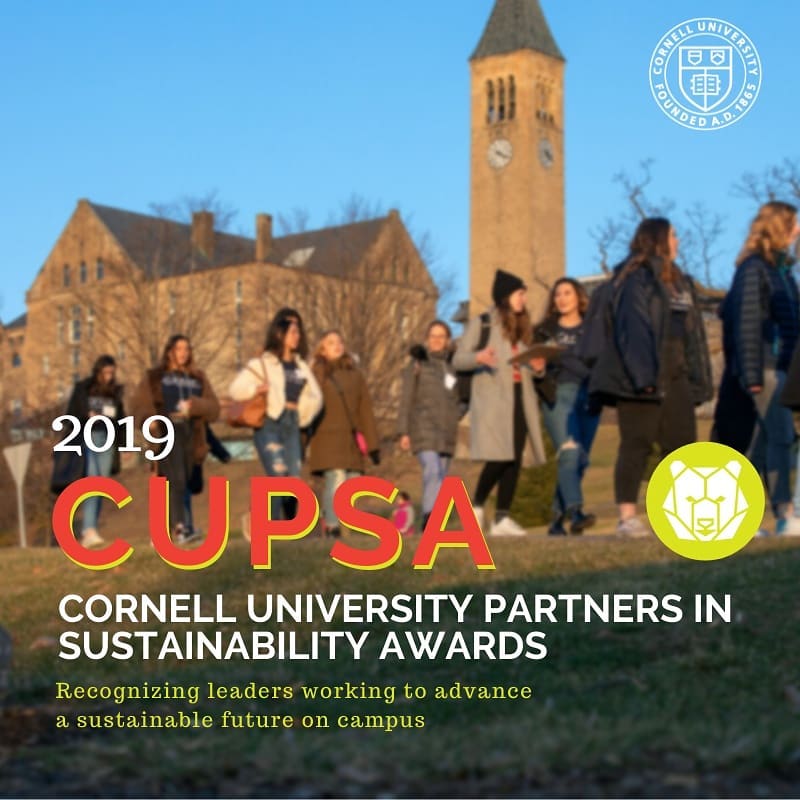