“This represents a concrete and visible step forward in Cornell’s commitment toward sustainability and carbon neutrality,” Rick Burgess, vice president for facilities and campus services, said at the ceremony.

According to Burgess, Cornell has already reduced its carbon footprint 36 percent since 2008 and has developed relationships with community partners and developers to promote renewable energy and create regional low-carbon strategies. This project advances those efforts.

“In this project, we double the offsets [energy credits, from 10 to 20 percent] with renewable energy by bringing the solar farm online, and we did it in a way that opens [available energy] to the community,” Burgess said. “It’s a real step forward in terms of extending the art of the possible.”

The land is a 125-acre parcel near Game Farm Road, designated by the College of Agriculture and Life Sciences as nonproducing farmland. The overall project of about 79,000 solar panels has been under construction since late 2018 by developer Solar Farms New York; it will add over 30 gigawatt hours onto the grid to serve about 3,000 average residential homes.

“The College of Agriculture and Life Sciences is proud to be a partner in this application of new technology to address a problem that we all face,” said Beth Ahner, senior associate dean for the college. “The land this solar array will be built upon is owned by our college, and we are very pleased to see it put to such good use by this project.

“Coming together with the people of the state of New York to solve large-scale problems is a hallmark of Cornell’s land-grant mission … strongly in evidence here today,” Ahner said.

Sol, left, and Lars are two of the possible sheep that may one day keep the grasses from growing tall under the solar array.

Residential electricity customers can join this solar farm simply by signing up, without any membership fee – and the customers may have their electric costs reduced by at least 5 percent.

“We anticipate allocating all of our solar electricity production over the next few months, after which we will start putting customers on our waiting list,” said Jeffrey Mayer, CEO of Solar Farms New York.

Additionally, to preserve the soil under the solar panels, feed grasses and pollinator-friendly plants will be grown. A flock of sheep – ruminant mowers – may be used to keep the grasses from growing too tall.

Students, want to win $2,000 for your sustainable idea? Dyson’s Map the Challenge is a campus-wide competition tha… https://t.co/DU4o2e6WmN 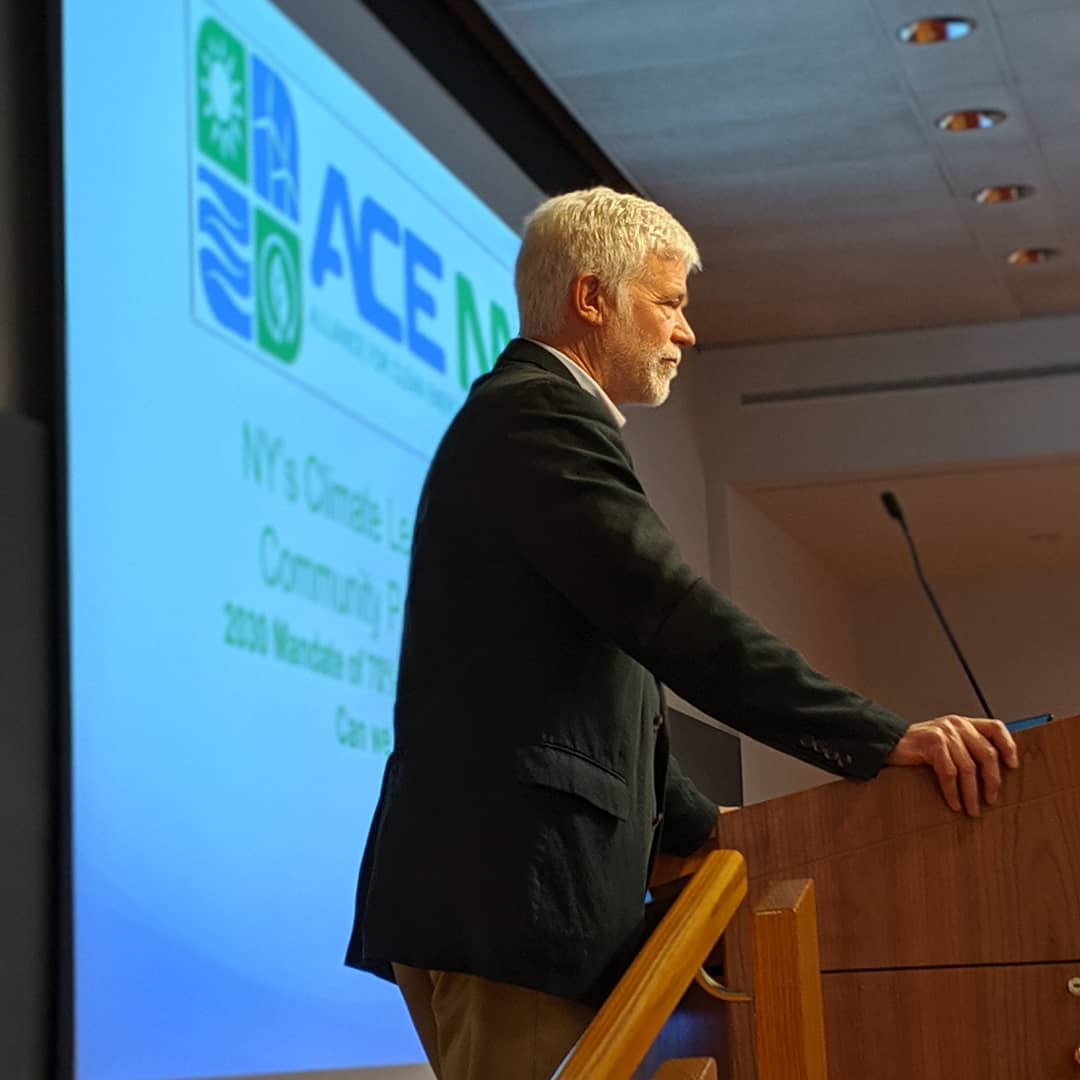